Laser tag guns and the police

That's what happened to us while testing our 3D-printed laser tag guns.

Perhaps we could have known that testing our guns in the evening was not the brightest idea. But anyhow. After an evening of developing and assembling we decided to go out for a quick test. We didn't want to test the guns in our city, so we went to a little road near the highway. (4G reception is good near highways in the Netherlands) There were a few houses, but we figured nobody would be disturbed by our little test. We tested the range of our guns, which was 300 meter by the way, and switched the handgun and assault rifle.

After half an hour a police car came near and some bright light was pointed at us. "Hands up!" they shouted. So we did. "Step away from the car!" They searched us and we had to explain what we were doing there. Luckely, they didn't see us and our prototypes as a threat. When it's dark, it's hard to see if something is a real gun. So we asked them some questions about toy gun safety and got away with a warning. They told us it's safe to test the guns inside. The best option is to rent a warehouse or something, so nobody will see it and call the police.

The guns we used were an uglier version of the guns in the image. The barrel was grey and there were some wires and tape on the outside. But still someone felt threatened enough to call the police. I guess it's good the police is so alert these days! For us, we still have a long way to go with our tests and getting our guns certified as toys. 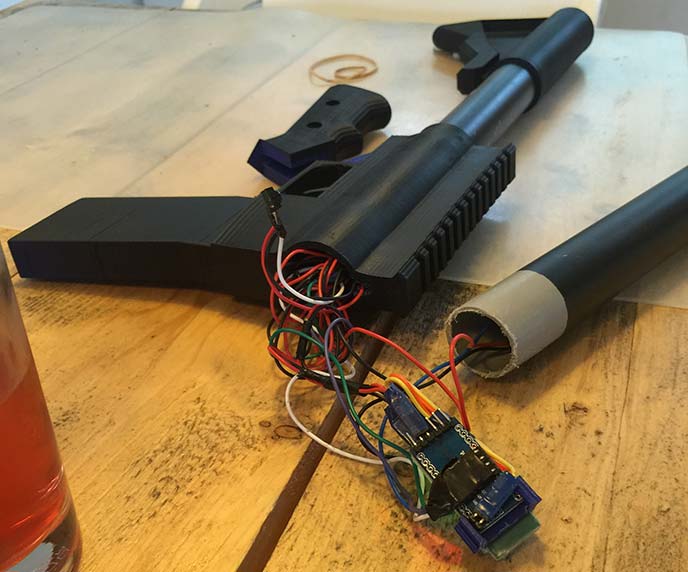 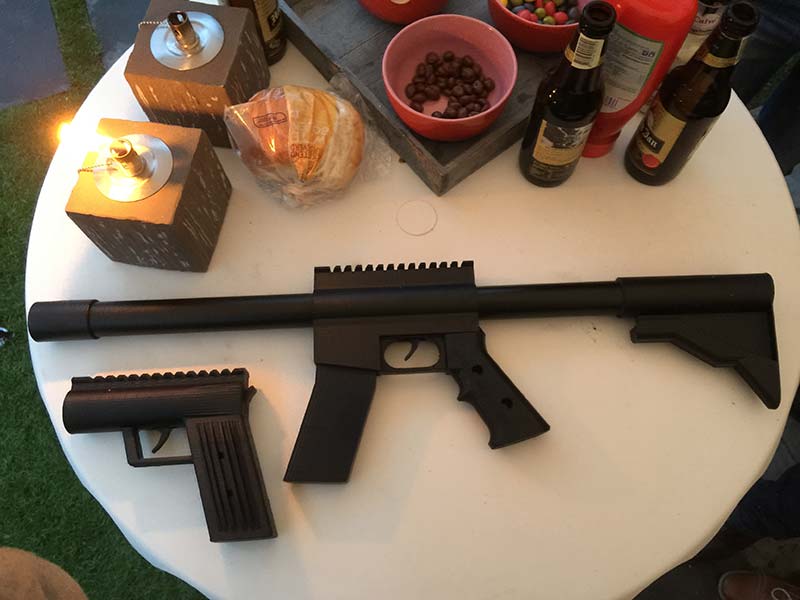 To conclude this story: we are now looking for a location where we can test our laser tag guns near or in Apeldoorn, the Netherlands. If you know of a place, please contact us or leave a comment below.

back to blog
comments powered by Disqus